It is with tremendous excitement and enthusiasm that The Bronx Community Foundation welcomes outgoing New York City Schools Chancellor Dr. Meisha Porter as its inaugural President and CEO. Meisha brings with her many outstanding qualifications, the highest among them is that she herself is a daughter of The Bronx, hailing from the Highbridge and Kingsbridge neighborhoods. “Among my first priorities as the incoming President and CEO will be to listen,” says Porter. “I’m going to need everyone in the community’s help as we build upon our vision for the future of The Bronx.”

The Bronx Community Foundation is the first and only Community Foundation dedicated to The Bronx, New York. The Foundation, like Chancellor Porter, is focused on building an equitable, inclusive and just Bronx. It is our belief that we’re at an inflection point, and that The Bronx is rightfully having its moment; buoyed by its vibrant culture, a growing economy and an incoming infusion of financial support associated with the recently passed bipartisan infrastructure bill.

Porter will join the Foundation in early 2022, having completed her term as New York City’s first Black female Chancellor. Porter counts among her accomplishments as the City’s Chancellor leading community efforts which ultimately resulted in the creation of the first Urban Assembly School: The Bronx School for Law, Government and Justice; the first Urban Assembly School.

Porter rose to the ranks of the highest education office in New York having herself graduated from the city’s public school system; first as a student at Queens Vocational and Technical High School and then as a Bachelor of Arts in English graduate of Hunter College, concentrating in Cross Cultural Literature and Black and Puerto Rican Studies. She’s obtained further credentials from Mercy College, New York City’s Advanced Leadership Institute, the Harvard Graduate School of Education and most recently completed her Educational Doctorate at Fordham University.

Under her leadership as Chancellor, every single school welcomed back their students to in-person learning that was supportive, rigorous and most of all, safe. Thanks to the vision and dedication of Chancellor Porter and her leadership team, New York City’s school reopening has been nationally lauded and set the gold standard in meeting the needs of children, families and staff.

We invite you to continue follow The Bronx Community Foundation by visiting our Instagram, Facebook, and Twitter. If you have questions, please contact: press@thebronx.org. For additional detail, please review Chancellor Dr. Porter’s Message of Gratitude, distributed from the NYC Department of Education. 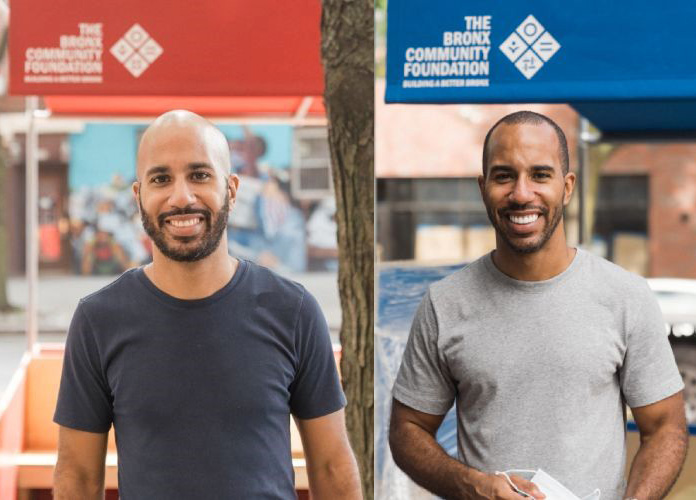 “Dr. Meisha Porter’s qualifications speak for themselves, but we’re most excited that her actions both as Chancellor and as a daughter of The Bronx speak to the values of the Foundation: Community, Equity & Justice, Economic Security and Health,” said The Bronx Community Foundation founders, brothers Derrick Lewis and Desmon Lewis. “Dr. Porter epitomizes the Bronx! We couldn’t be more thrilled to have her lead us into our next era.” 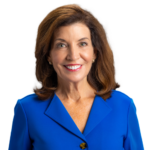 “I sincerely thank Chancellor Porter for her years of service to New York City’s schools and children,”  said Kathy Hochul, Governor of New York State “I look forward to partnering with Chancellor Porter in her continued work for the people and communities of the Bronx.” 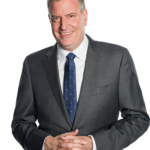 “Throughout her entire career, Meisha Porter has shown up for the children of New York City. Together, we fully reopened our schools, launched an historic academic recovery for students, and made unprecedented gains for equity in our school communities,” said Bill de Blasio, Mayor of New York City “She has worked tirelessly and fearlessly to make sure our kids get the high-quality education they deserve. There is no doubt in my mind that she will bring the same determination and passion to her work serving Bronx families.” 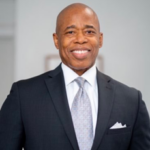 “I congratulate Meisha Porter on her tenure as Schools Chancellor. She assumed the role amid unprecedented challenges to our school system, and successfully oversaw the implementation of a universal summer school program, the resumption of in-person learning this fall, and historic investments in our schools under the Fair Student Funding formula, among many other achievements,” said Eric Adams, Brooklyn Borough President and incoming Mayor of New York City “I wish her all the best as she transitions into her new role, and know that she will continue to be a powerful voice for our students and educators, as she has been throughout her entire career.” 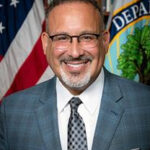 “As chancellor, Meisha Porter led the safe reopening of the nation’s largest school system and worked to provide high quality education and mental health supports to all New York City’s students,” said Miguel Cardona, United States Secretary of Education “I look forward to the work she will continue to do for the families, students, and communities of The Bronx.” 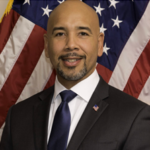 “Chancellor Meisha Porter is a good friend, a lifelong educator dedicated to our public schools and an incredible champion for all of our students,” said Ruben Diaz Jr., Bronx Borough President “Chancellor Porter worked her way up in the Department of Education and has brought energy, passion, care and enthusiasm into educating our students during one of the hardest periods of time our city has faced. While I am sad to see her leaving this role, I am thrilled that she will not be going far. Chancellor Meisha Porter is a daughter of The Bronx in every sense of the word and I know she will continue to make our borough proud through her work with The Bronx Community Foundation.” 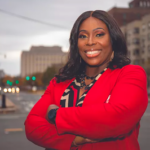 “Chancellor Porter made HerStory as the first Black woman to serve as Schools Chancellor for the City of New York and led the Department of Education during a tumultuous time in our city’s history,” said Vanessa L. Gibson, New York City Council Member and incoming Bronx Borough President “She led with conviction, passion, and purpose to ensure our youth received a high-quality education with the return of in-person instruction, addressed a long practice of penalizing schools on decreased enrollment and worked to ensure our schools were safe and welcoming spaces for students, educators, and administrators amid a global pandemic. As she begins her new chapter as the inaugural Chief Executive Officer of The Bronx Community Foundation, I want to wish my sister and friend well wishes and blessings on her new journey. From our work in School District 9 on Equity and Excellence, to the many ribbon cuttings at new schools, countless events, forums, town halls and partnerships we have embarked on, brighter and better days lie ahead. We are grateful for the service of Chancellor Meisha Porter and look forward to our continued work together in future endeavors.” 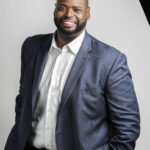 “It’s impossible not to draw inspiration from Meisha Porter.” said Carlos Moreno, Co-Executive Director of Big Picture Learning and Search Committee Chair “In her roles as an Equity Fellow, a teacher, a parent and — of course — as NYC Schools Chancellor, she’s always drawn incredible strength from her community and reflected it right back. It’s been my honor to be part of The Bronx Community Foundation’s search committee for its inaugural President and CEO, and I don’t think we could have made a better selection than the Bronx’s own Meisha Porter.”

Get the latest news from The Bronx Community Foundation about what’s happening in your community!
SUBSCRIBE

BE PART OF THE VISION TO BUILD A BETTER BRONX